The role of the Monivae College Board is to set strategic direction and priorities for the school so that the school can continue to achieve its core objective of providing quality education to its students. 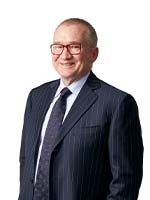 James was previously President of the Victorian Arts Centre Trust, Chairman of the Transport Accident Commission (TAC) and Worksafe Victoria, Managing Director of Funds Management and Insurance at the ANZ Banking Group, Chief Executive Officer of Norwich Union Australia, and TAC Chief Executive Officer. He has been a member of the COAG Business Advisory Forum and a previous director of VFMC.

James has a Bachelor of Business from Swinburne University, and is a Fellow of the Australian Institute of Company Directors and the Institute of Chartered Accountants in Australia.

In 2001, he was awarded the Centenary Medal for services to Public Administration. Lachlan grew up on a farm just outside of Casterton and attended Monivae from 1995 to 1999. In 1999 Lachlan was College Captain and also Adjutant of the Cadet Unit. Lachlan went on to study a Bachelor of Commerce and Diploma of Arts at The University of Melbourne, graduating with honours. Lachlan is a qualified CPA and worked in accounting and funds management for a number of years before a decade long career in corporate affairs and crisis management for some of the largest corporations in Australia. Lachlan’s work took him around the world, where he was media spokesperson for a large global company, working in New Zealand, Australia, Fiji and Papua New Guinea. Lachlan now resides in Sydney and runs his own corporate affairs and investment company and is studying a Juris Doctor, postgraduate Law Degree at the University of New South Wales. 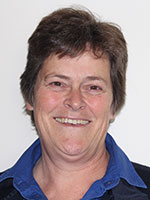 Sally originally came to Hamilton in 1990 to work with the emerging Landcare movement. She and her family spent ten years working amongst subsistence farmers in agricultural development in West Africa.

Since returning to Hamilton she has worked for Agriculture Victoria and the Glenelg Hopkins Catchment Management Authority and is currently employed by the National Centre for Farmer Health. Sally is actively involved in the Hamilton Baptist Church. Her two sons Aaron and Steven have both benefited from a Monivae education. Sally has been on the Monivae Board since 2014. 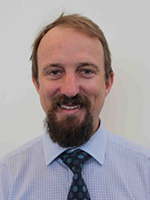 Tim was born in Hamilton and is a self-employed Solicitor. He was appointed to the Board in January 2013. 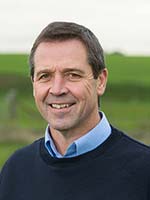 Brendan Lives in Penshurst and is the managing director of Kellys, a rural merchandise, fertiliser and hardware business located in both Penshurst & Dunkeld. Brendan established Kellys in Penshurst in 1988, then in Dunkeld in 2005. In recent years Brendan has also commenced selling real estate working with Charles Stewart & Co, this is somewhat a family tradition with three generations involved in real estate valuation and sales. Brendan is fourth generation of the Kelly family to live and work in Penshurst and district.

Brendan and his wife Liz have three children Brooke, Shannon and Laine. They are active in the local community being involved in the football netball club, St Joseph Catholic Church and the Penshurst & District Race Club.

Paula completed a Bachelor of Nursing at Australian Catholic University, Aquinas and was Dux of her Graduate Nurse Program at Barwon Health. After travelling and working in the UK, she completed a Graduate Diploma in Midwifery and Cert IV in Training & Assessment. She is a member of the Australian College of Nursing, the Australian College of Midwives and CRANAplus with a special interest in rural health. She has held a variety of port folios including Prevention of Family Violence/Gender Equity, Clinical Education, Indigenous Health Advocacy, Mental Health and Wellness projects and Health Promotion initiatives. She currently works as a Community Health Nurse/Midwife and as a Clinical Consultant in Nurse Education. Paula lives on a farm in Wando Vale with her husband Phillip and their three daughters who all currently attend Monivae College. 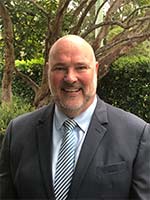 In 2020, Mark commenced in the role of Director, MSC Education, and as such is the delegate of the Provincial on the Monivae College Board. Mark is a former Principal of Monivae College (2010-2019), and has extensive senior leadership experience in a number of NSW and Victorian Independent Catholic schools. Mark is a Graduate of the Australian Institute of Company Directors and a Fellow of the Australian Council for Educational Leaders (Victoria). 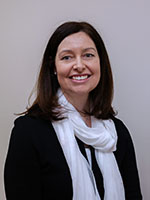 Stacey is currently undertaking her Masters in Taxation with the University of NSW and is passionate about helping businesses with their tax and accounting systems. As a dedicated lifelong learner and a parent, she is committing to ensuring access to quality education in the Western District.